At DCS, we develop strategic and methodological solutions that incorporate, sustain and advance the mission of each Government customer. Continuously building on a 40-year foundation of technical excellence and innovation, our scientists and engineers partner daily with our customers to advance technology and put theory into action. Click below for a more detailed look at few of our featured capabilities…and check soon to see what will be in the spotlight next.

As the principle developers and maintainers of core AFSIM source code, Infoscitex, a DCS Company, is the main developer and master integrator of AFSIM and its core capabilities. IST develops and applies the AFSIM framework in support of various mission objectives for Air Force, Navy and Joint sponsored initiatives. IST can develop new model capabilities, data richdisplays, and adaptable interfaces to meet your organization’s modeling and simulation requirements for sensors, communication, aircraft, and space assets as well as other emerging technologies ranging from kinematic weapons to cyber warfare.

IST produces broadly reaching scenarios derived from intelligence sourced data combined with representations of present day to cutting-edge future concepts. These concepts are portrayed with a wide array of behaviors, responses, and orders of battle in order to fulfill your organization’s AFSIM modeling requirements for the evolving battlefield reaching beyond a single scope of effectiveness and into multi-domain coordinated capabilities.

IST can create custom AFSIM applications to meet a variety of growing requirements. Applications such as Warlock which provides an interactive game-like experience for AFSIM and the P6DOF Mover Creator used to expedite and simplify the creation of high fidelity models for existing and future aircraft are examples of products produced by IST.

IST will meet your organization’s needs for military utility and effectiveness analysis through the use of a variety of techniques with a basisin designof experiments methodologies in conjunction with AFSIM’s flexible scriptbased input and user defined output to examine vast trade spaces across a myriad of existing and emerging equipment, concepts, actions, and settings. 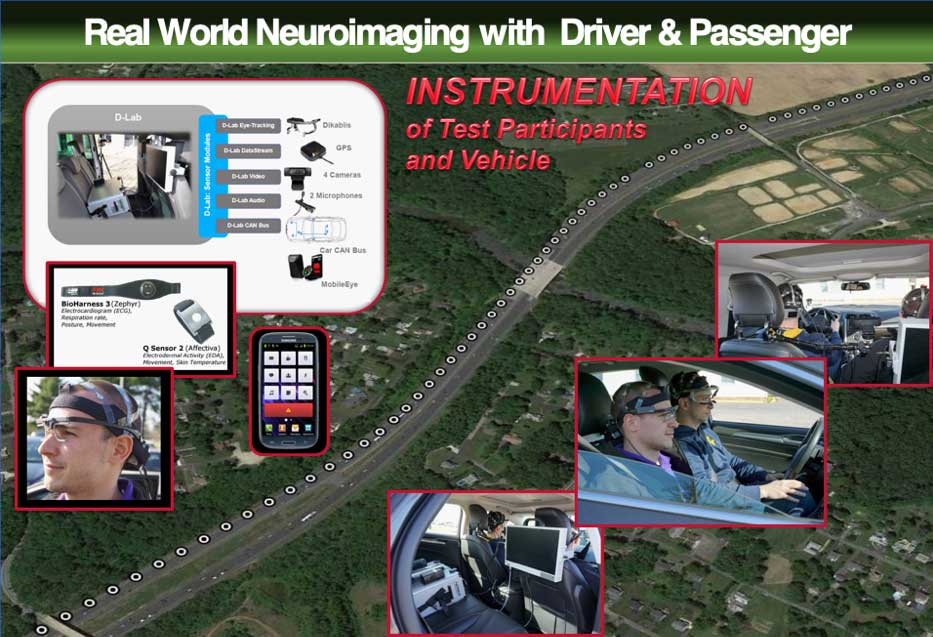 Several applications of the MARIN system have been developed, with customized modifications, for other ARL experimental research efforts, including the following:

DCS has supported several ARL studies in which EEG and other physiological measures were collected from human subjects performing experimental tasks. DCS and its research partners have since collaborated to design, implement, and execute a data standardization and validation pipeline to facilitate “big data analysis” for EEG and other human sensing data via the Standardized Annotated Neurophysiological Data Repository (SANDR). The repository holds data from 700+ subjects with 850+ hours of EEG data. There are 3+ million events, which have been tagged using a common naming methodology to enable cross-study event analysis. DCS engineers also designed, built, administer, and maintain the CaN CTA Consortium Data Server (C3DS), which hosts the SANDR data sets. A DCS-built searchable web-facing data catalog offers users a chance to browse for events or sensing modalities of interest, and request access to the data. 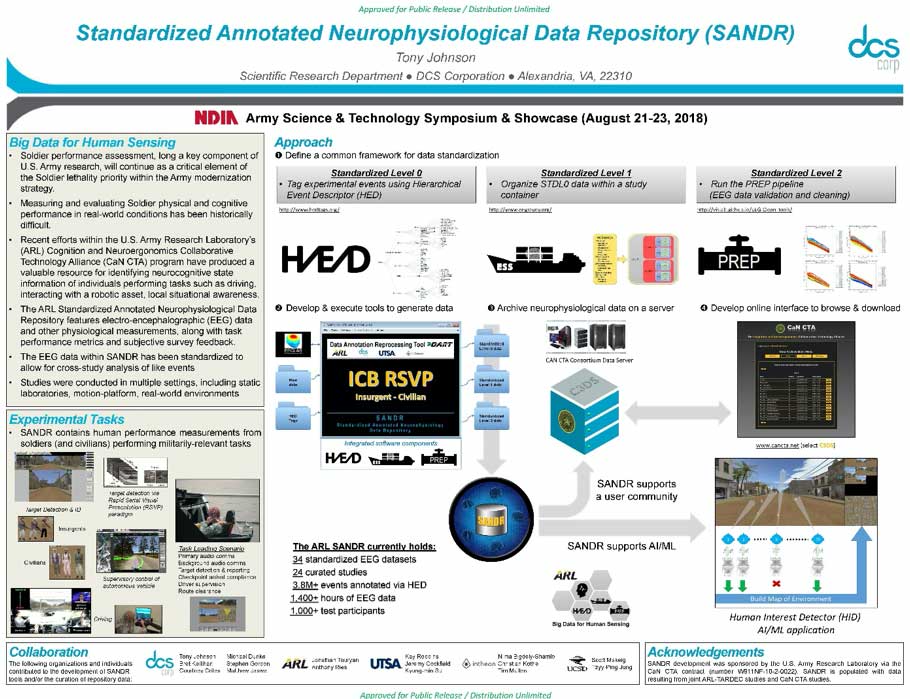 DCS supports ARL’s goal of real-time human measurement and prediction through the engineering design and development of the Innovation Commons. The DCS team has developed an architectural backbone and the integration software for large-scale data sensing, transmission, and recording.

Back to Mission Focused Solutions